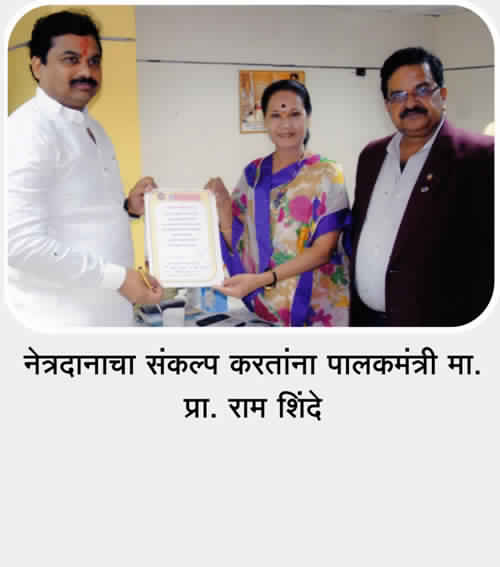 Dr. Prakash Kankaria is an eminent eye surgeon from Ahmednagar, Maharashtra. He is known intentionally for his outstanding skills in Laser eye surgery, corneal transplant surgeries and advanced cataract surgery. Dr. Prakash is thechairman and medical director of Sai Surya NetraSeva( Research and Training) Institute.
Dr. Prakash Kankaria completed medical graduation and post-graduation in ophthalmology from Swami RamanandTeerth Medical College in Ambejogai. After his studies, he joined Civil Hospital of Ahmednagar and served for 3 years. During this period,he organized many camps and operated thousands of poor and needy patients to give them vision. He was keep on acquiring knowledge and skills of advanced trends in ophthalmology Dr. Prakash was fortunate to have short fellowship in Russia with international legend Dr. Fyederov in refrative Surgery. It gave him the global vision. He also had the opportunity to work with giants like Dr. P. N. Nagpal (Ahmedabad), Dr. Daljeet Singh (Amritsar).
Dr. Prakash probably has one of the largest experience in laser refractive surgeries in the world and has done more than one lac refractive surgeries in last 32 years of practice. He was adventurous to perform more than 100 Lasik Laser eyes surgeries in one day for the first time in the world and he has done it on 48 occasions till now.
Dr. Prakash has many more facets to his personality. He has developed project 'Saiban' which is waste land development project on industrial waste water. He managed to transform over more than 100 Acres of hilly terrain in to a green paradise. For which he received prestigious 'Vanashree' Award from Maharashtra State Government and recognition from Government of India. He is working as secretary of Indian Red Cross Society and was President of Indian medical association in Golden Jubilee years for which, he received awards at state and national level. While working as president of Rotary Club, he constructed a colony for blinds for which director of rotary international himself was present to grace the occasion. Dr. Prakash has worked in capacities of vice president of football association, Medical Director of 200 Bedded multi speciality Charitable 'AnandRishiji Hospital and Heart Surgery Center' President of Mankanhaiya Public Charitable Trust and Eye Bank, President of 'Nisarg' a nature loving club. He has developed centre of modern eye care in Pune and Mumbai and has got dream to develop a world class Laser Eye Surgery Centre of Saiban, which he fondly calls 'Dreamland of Vision'.