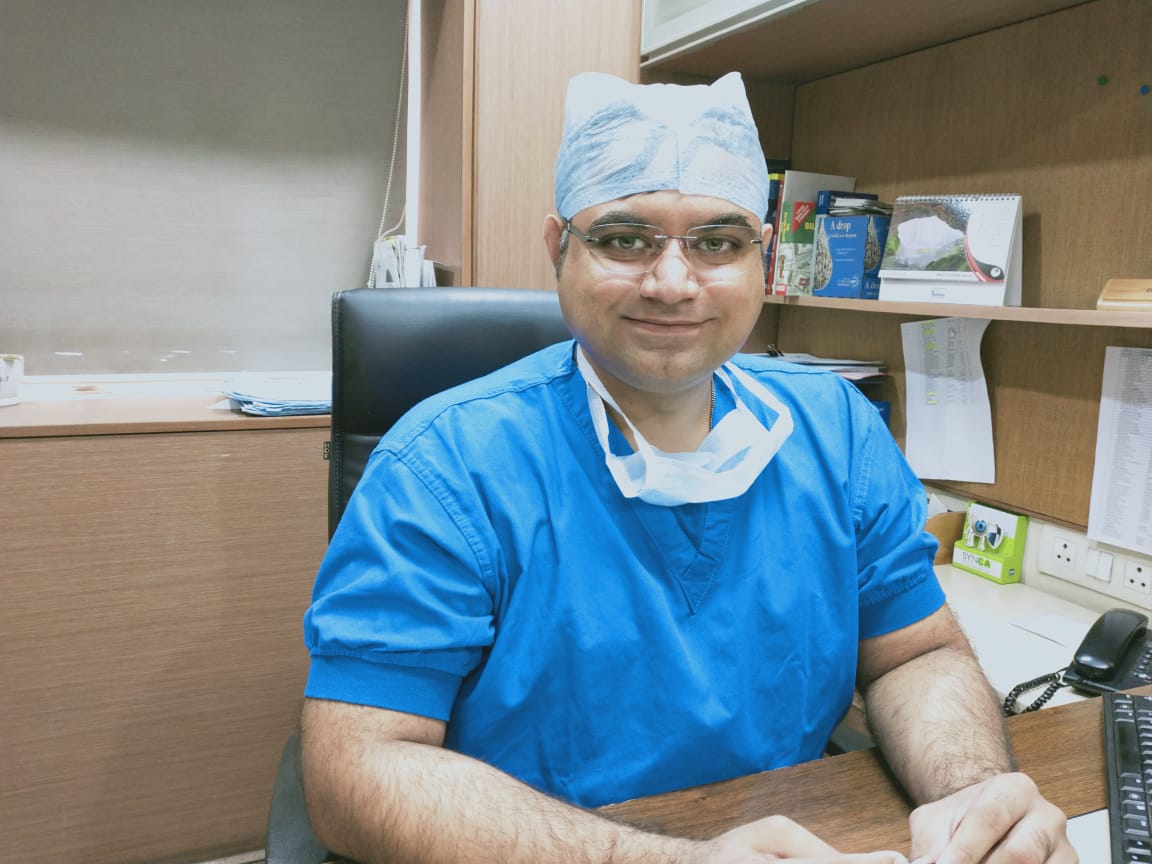 He has done his MBBS from Jaipur and M.S. Ophthalmology from Tamilnadu.

Then he did his Fellowships in Comprehensive Ophthalmology, Vitreo-Retina surgeries and ocular Trauma from Drashti Netralaya, dahod.

He has worked extensively for eye trauma cases in tribal population under the guidance of Dr Mehul Shah. After which He was awarded as first Ocular Trauma Fellow of ocular trauma society of India (OTSI).

After extensive work for several years in tribal belt and facing various economical hurdles he went on developing and patenting very economical Intraocular lens which can be used in any eyes with surgical complication or trauma in his fellowship tenure. It is named RaSS SCLERAL TUCK IOL which increased the ease of surgery and decreased the time of surgery significantly hence improved the patient outcomes. He has developed a novel technique to implant such intraocular lenses which don’t need any sutures or glues (which is needed for the previous generation of lenses). RaSS Scleral tuck IOL patented by Dr. Parth Rana is future generation of scleral fixated IOL and proven economical, time-saving, easy for a surgeon to implant and better results giving for patients.
He has done his hospitation in Vitreo-Retina Surgeries in Leipzig, Germany under Dr. Peter Wiedemann who is the current president of world Ophthalmic Congress. He learned about the recent advances they are using in Germany and came back to India to improvise the medical facilities available in India.

Then he went to Arvind Eye Hospital, Madurai to learn nuances of VR surgeries under Vitreo Retina Development Programme.
His compassion towards society led him to his brainchild ADDReSS (Ahmedabad District Diabetic Retinopathy Screen Study) program which is currently undergoing in Ahmedabad with 40+ centers involved with the collective motive to eradicate Diabetic Retinopathy in early stages. He is screening all patients in 40+ centres of Ahmedabad with minimal cost to patient and with most advanced technology available in India. They have screened more than 9000 cases and treated more than 1000 in the past 6 months.

Currently, he has started working on 3D eye surgeries which is first in whole western India. It is a very novel and advance technique which gives a lot of ease to a doctor and in turn improving surgical outcomes of patients. He has developed a whole new three-dimensional patient education department in Netralaya Super Speciality Eye Hospital, Ahmedabad. Where the patient can learn about the eye and his own diseases in three dimensions so he can connect with the treatment given and understand the outcomes.

If we summarize in one line Dr. Parth Rana is pushing the horizons in the medical field to make India future-ready.