Dr.Raj Shah is one of the most experience Pediatric Surgeon.
He has Done his,
•MBBS from St. Johns Medical College, Bangalore in 1980, standing First in Bangalore University with gold medals in Physiology and Internal Medicine
• MS from Bangalore University in 1984 with Distinction awarded for the first time and Gold medal for highest in the State of Karnataka
• Obtained Clinical Fellowship in Pediatric Surgery at Childrens Hospital of Los Angeles, University of Southern California. Stayed there between 1989 and 1992 and trained in Ped. Surgery and Ped. Urology as well as in Ped. Intensive care.
• Obtained DNB in Pediatric Surgery in 1994.
• Started the first Dept. of Ped. Urology at the Institute of Kidney Diseases & Research Center and performed variety of complex urological reconstructive surgery including Ped. Renal transplants.
• Was affiliated with M P Shah Cancer hospital from 1996 to 2003 as visiting pediatric cancer surgeon and head of Pediatric Cancer surgery.
• Many presentations and publications in International and National forums.
• Written book entitled " Fluid & Electrolytes in Medical Practice " first published in 1996.
• Currently in private practice as pediatric surgeon with special interest in pediatric urology and pediatric oncosurgery.
• Also performing Ped. Laparoscopic surgery.
• Special interest in providing long term vascular access for various cancers, in both – children as well as adults.

Fluid and electrolyte problems in medical practice
Through the Foundation for Medical Education and Technology in 1995. Earlier, this book had been initially published by Oxford and IBH Publishers, New Delhi in 1992 and had been approved by the National book trust under its subsidy scheme.
In 1995 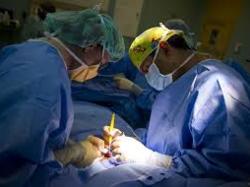 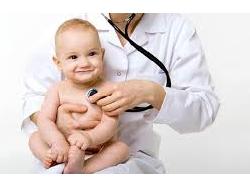